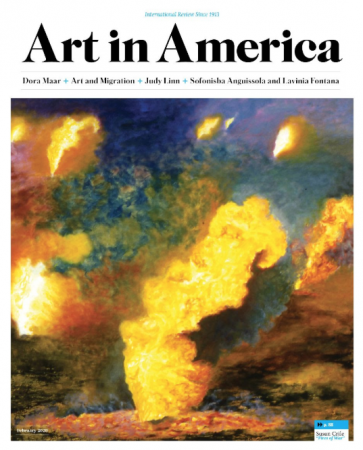 In her review of “Theater of Operations: The Gulf Wars 1991–2011,” a remarkably timely exhibition on view at MoMA PS1 in Queens through March 1, Rahel Aima discusses how artists in the US, Europe, and the Middle East responded to two decades of intermittent warfare in Iraq. As a new stage in this protracted conflict unfolds, artistic patrimony itself has become a target. When we were finishing work on the February issue last month, Donald Trump was doubling down on tweeted threats to destroy cultural sites in Iran should that country retaliate for the brazen killing of one of its top military leaders in Baghdad.