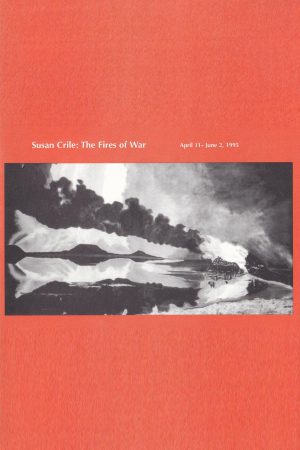 For those familiar with Susan Crile’s work of the 1970s and 1980s, the artist’s most recent body of work, The Fires of War, may come as a shock. Crile established her reputation as a painter of complex abstractions characterized by radiant color and intricate interweavings of planes and space. Much of her earlier art could be described as a form of abstract pastoral, projecting onto canvas an ideal world of sensuous shape and color that engages a twentieth century tradition exemplified by Henri Matisse. The Fires of War, by contrast, confronts in the most vivid terms a subject of scarifying brutality: war and environmental calamity. Relatively few artists of the post-World War II era have addressed such themes in painting and drawing. The Fires of War stands out as among the most powerful depictions of this subject in recent times.